I was sentenced 78 months to serve at a federal prison for a white-collar crime. I left home a healthy single mother of two sons, not ever experiencing any serious illnesses. I was a registered nurse who had achieved 3 secondary degrees. I was homeowner and a successful business entrepreneur.

I was also six weeks pregnant. Anytime I was transported, I was chained at my ankles with another chain around my waist that bound my hands in front of my belly.

While shackled, forced to step up into a van, I fell. A couple days later I begin spotting with streaks of blood, which I reported immediately to the medical staff. They instantly informed me they had “no” means of caring for me and would need approval from the US Marshals to take me to the ER. The turnaround time for approval ended up being 4 weeks. At that point, it was no longer an “emergency,” so I was turned away from the ER — I then required a second approval for an obstetrician, which took 4 more weeks. A total of four requests were made, each taking 4 weeks, while I was placed in solitary confinement for “medical observation."

I ended up miscarrying at approximately 20 weeks without any formal or proper prenatal care. While I was miscarrying, I lay wet in a pool of blood, curled up from excruciating pain, in complete darkness, locked in a cell until an officer made rounds. I suffered the entire miscarriage shackled to the bed. When asked, the officers told the nurse and myself that the linen which contained my unborn child had been thrown in the trash.

I had no privacy. Male officers were at my bedside 24hrs observing my nakedness and any treatment given to me. I received no counseling, nor had any opportunity to grieve my miscarriage. I was relocated to another facility where again, I was placed in solitary confinement for a month. Solitary is being locked in a 6’ by 9’ room with a bed, toilet, sink, and no window for 23 hours a day. For women in prison, stories like mine are a lot more common than you would think.

Women are the largest growing prison population. Our federal and private prisons are not equipped to give women the medical care they need, especially when pregnant. We need to ban the shackling and solitary confinement of pregnant women in prison. The Dignity for Incarcerated Women Act, a bill currently being considered in Congress, would stop those things.

The Dignity for Incarcerated Women Act, will help mothers keep strong relationships with their children by providing parenting classes, prohibit charging for phone calls, and make video-conferencing available free of charge. It will even create an overnight visit pilot program for children and parents.Please sign my petition asking Congress to pass the Dignity for Incarcerated Women Act.

You are signed Successfully!

Notice: Test mode is enabled. While in test mode no live donations are processed.

Within an hour, this petition could have thousands more supporters if everyone chipped in the price of a coffee. Can you help reach this petition’s signature goal? 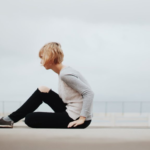 Today: John Doe is counting on you

Facebook enabled Russian interference in the United States election in 2016, but ...

My mother, Alice Marie Johnson is a 62-year-old grandmother serving life without ...

My name is Atena Daemi. By the time you read this petition ...